1UP bringing AXIE rewards to Game Players/Writers on Hive

The sustainability of the cryptoverse would be assured when diverse blockchain prochain projects see a common ground to collaborate rather then compete against each other. This is why bridge building projects like @LeoFinance's CubFinance and NFTStudios will thrive. We can already see how Binance Smart Chain has grown over the last few months for helping to pool different cryptocurrencies together for common rewards.

Within the Hive blockchin, we've had a community dedicated to serving as a connection hub for anything blockchain gaming and adding another stream of income for gamers who choose to share their experiences. This is the 1UP community. 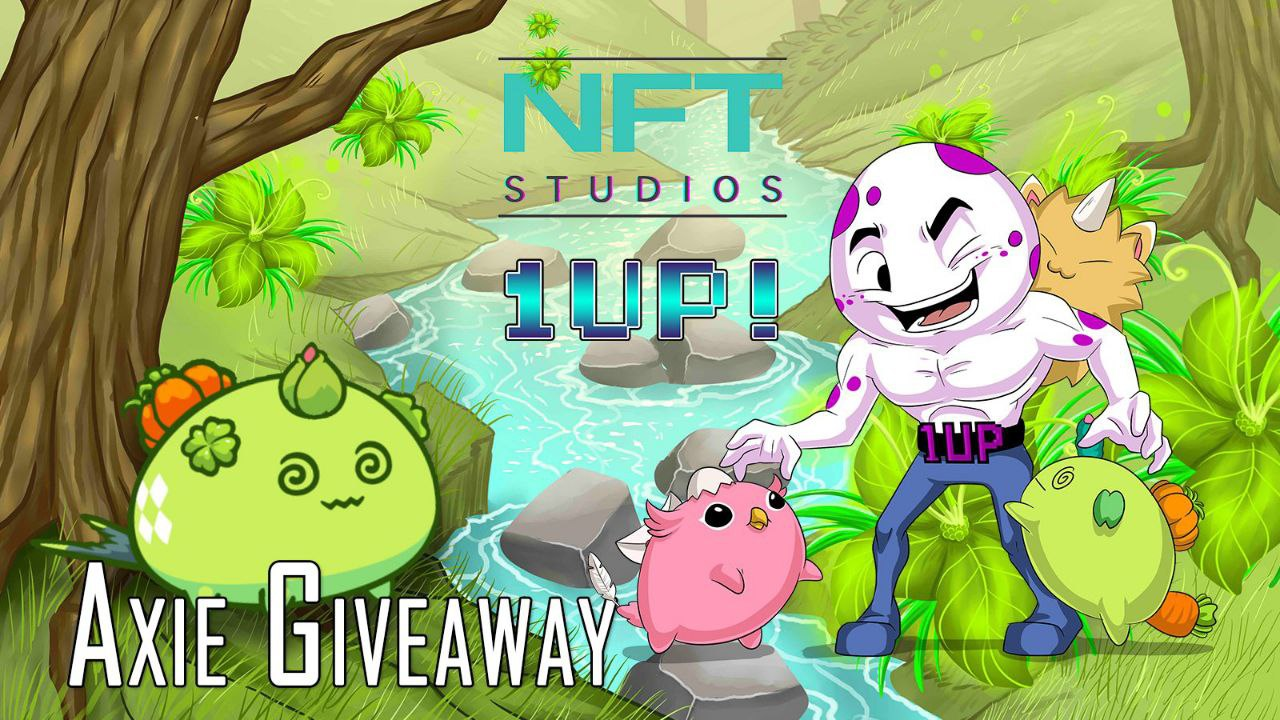 Barely a week ago after we earned 100 ONEUP each for doing a few social tasks for @nftstudios, here we have another twitter giveaway for play2earn game enthusiasts.

Earlier today, @Flauwy announced the latest twitter campaign calling on play2earn game lovers all over on Twitter to do a few social activity to qualify for ONEUP and AXIE gifts.

The tasks are as simple as follows:

Those who qualified to receive last week's 100 ONEUP giveaway would just need to do task 2 only. Helping to spread the news about @nftstudios and what it represents would have an overall positive effect on all ONEUP holders in the future.

It would be awesome to also receive the AXIE gift which I believe would soon have a represntation on the hive-engine market like other pegged tokens. I've said that hive-engine has proven to be that all-in-one crypto wallet that uses name ID.

As at today, 100 ONEUP received last week is worth about $8.5 and that was received for doing a few social tasts that lasted not more than 3 minutes. Looking up, we see that the prices for the present tasks include:

That a huge array of cryptocurrency and NFT prices that shouldn't be missed. I'm yet to know the worth of the AXIE prize bbut I'm sure it should surpass $100 since the secondplace prize of 1k ONEUP is worth around $85.

Very interesting is the fact that this second Twitter giveaway campaign would bring some Axie Infinity players to the knowledge of 1UP community, ONEUP tokens and by extension, the Hive blockchain.

Hive is an innovative and forward-looking decentralized blockchain and ecosystem, designed to scale with widespread adoption of the currency and platforms in mind. By combining the lightning-fast processing times and fee-less transactions, Hive is positioned to become one of the leading Web3 blockchains used by people around the world. source

The 1UP team are so open for discussions, ideas and contribution regarding to the growth of the blockchain gaming community on Hive blockchain. Utilize these handles to reach them.

Man this is such a brilliant move! Incorporating the axie world into this 1UP enviornment is amazing. I've always wanted to play Axie Infinity but never was able to get in but reading posts about it here is really fun. I've found out in this community there are a lot of games I do not know about. It really opens up that door to see how big the crypto world is becoming.

I wanted to join the Axie world myself before I found Hive and Splinterlands, but it was "too late" and too expensive. Let's wait a couple of months. When the bearmarket hit, we hopefully can scoop up a couple of AXS tokens for cheap and begin playing.

I predict, Playermon will be on the 1UP roster pretty soon as well. This is a game, I will play from the beginning and investing heavily.

The Future Of #ONEUP Us.

This is amazing, getting a give away from oneup means a lot to me. This is because the rate at which this token is increasing is massive. Play2earn is a good means for newbies on hive blockchain to grow through the second layer earnings. I'm retweeting my now. Thanks.

Nice, i own a team of axies but currently on a pause, letting a friend play meanwhile (got tired after 4 months with same team). Looking forward to read some good axie stories